Trends of Inflation, Deflation and Stagflation

By Sunil Pathak
Published On April 13, 2022 | Last Updated On April 30, 2022
In this post, I discuss three important terms in the economy - Inflation, Deflation and Stagflation. Please read on to learn what is the difference between these three and how it impacts everyone from country to individuals. 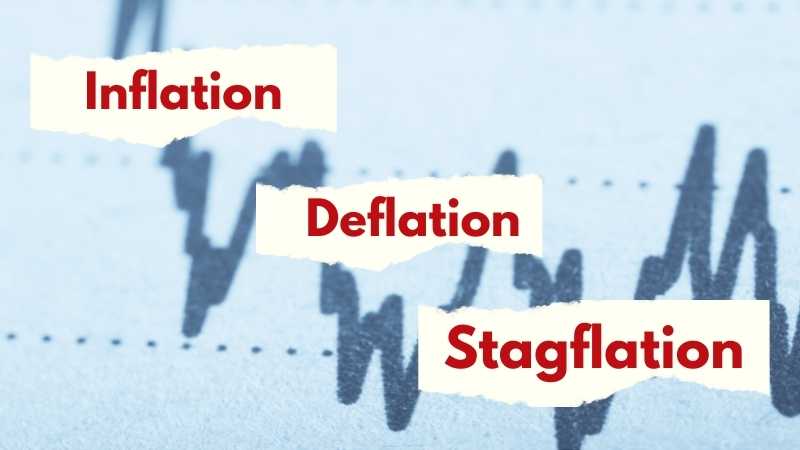 Causes of inflation include excess money supply in the economy, national debt, demand pull pressure, cost push pressure, negative externalities like rise in energy prices or fluctuating value of domestic currency in comparison to the dollar.

Due to inflationary pressure in the economy, the purchasing power of the general households takes a hit as the prices rise. 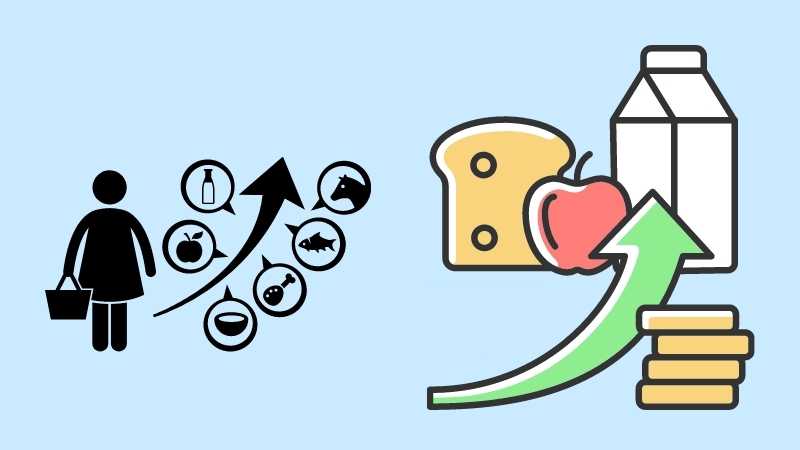 This leads to reduction in demand and hence the production also decreases. With decreasing production, the income of the households decreases and hence their purchasing power gets further hit. Thus, the economy goes into a vicious cycle which decelerates the growth rate of economy.

Deflation, on the other hand, is a decline in prices of services as well as goods when the rate of inflation is negative. In other words, the negative rate of inflation is called deflation. Deflation is considered bane in modern economic circles as it takes the economy behind its natural levels. Deflation occurs when there is excess supply in the economy, in other words the production units are unable to sell their stocks due to less demand. As a ripple effect, the lowered wages and mass layoffs happens and unemployment/low productivity situation arise. 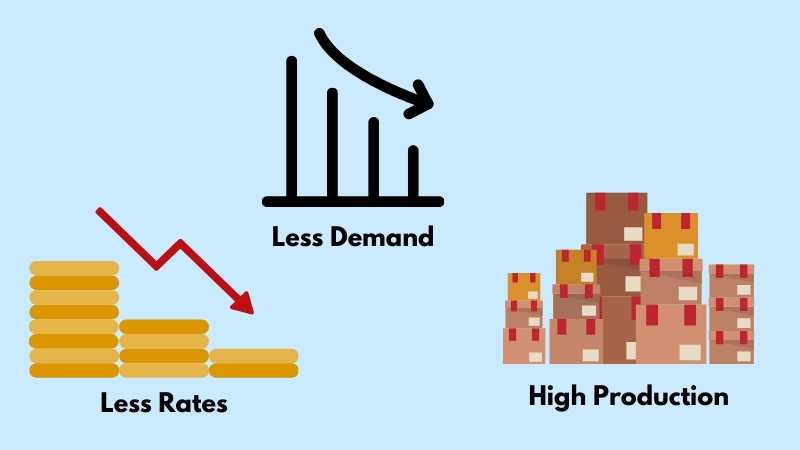 Causes of deflation could be many, but prime causes are Structural changes in the market, where many companies compete to sell similar products and use the tactic of reducing the price of the product. Increased productivity is yet another cause of deflation, where new innovations and technologies lead to fall in the cost of production and hence fall in prices. Yet another major cause of deflation is less availability of money in the economy.

RBI tackles inflation and deflation by increasing and decreasing the benchmark rates respectively. The supply of money is key in order to tackle inflation or deflation. Hence RBI can increase the rate of interest and reduce the supply of money in an economy during inflation and vice versa of it during deflation. Along with the appropriate play in SLR and CRR ( Applicable to banking ) RBI also uses open market operations wherein it sells long term government securities and buys short term government securities simultaneously to tackle inflation. It does vice versa to tackle deflation.

The government of the country can also take suitable steps in times of inflation as well as deflation. The fiscal roadmap of a country can be set to increasing capital expenditure of the government. This leads to an increase in the availability of money in the economy by providing jobs and hence tackles deflation. Whereas, capital expenditure can be decreased in order to reduce the availability of money in the economy and tackle inflation.

Lastly, stagflation is a situation where an economy faces the pressure of inflation as well as deflation simultaneously. Prices in an economy increase due to the rise in production cost which is a direct outcome of rise in prices of raw materials, or shortages in the supply of critical inputs. This leads to a slowdown in the growth of the economy, high levels of unemployment and persistent rise in prices. 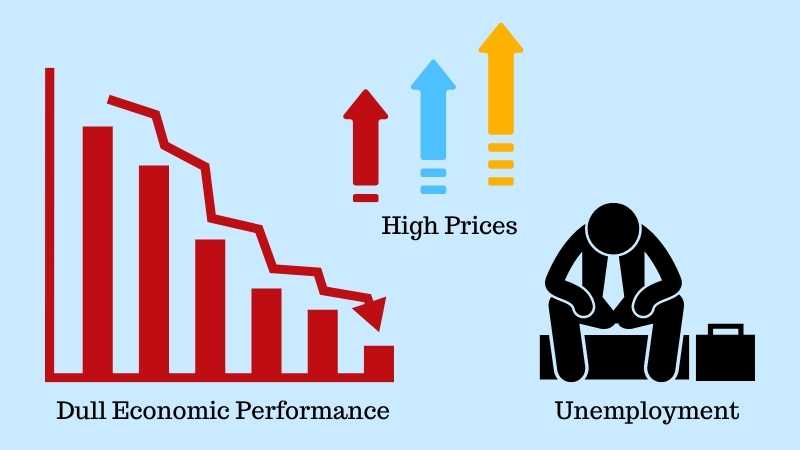 Stagflation leads to dull economic performance, increase in general price levels, erosion of purchasing power of the households, which leads to an adverse impact on the household budgets. Stagflation also impacts production negatively and this leads to lower demand for factors of production like labour force and hence the unemployment rises.

Solution to the situation of stagflation includes the making of effective and productive supply side policies which could lead to increase in the production and hence enable growth levels to rise. Effective supply side policy has the ability to tackle inflation as well. Reduction of the effects of negative externalities like rising crude oil prices and other commodities can also be of positive impact for tackling stagflation.

BASICALLY EXCESS OF ANYTHING INCLUDING MONEY, IMPACTS THE ECONOMY AND ITS PEOPLE

Have you ever heard of anchoring bias? It's just one of the ways our psychology influences our financial decision making

Artificial Intelligence and the Question of Jobs

Serving the Bottom of Pyramid (a Business Strategy, a Corporate Social Responsibility or a Non-Profit Venture?)

Trends of Inflation, Deflation and Stagflation

Why Proof of Concept Is Vital for Getting Any Funding?